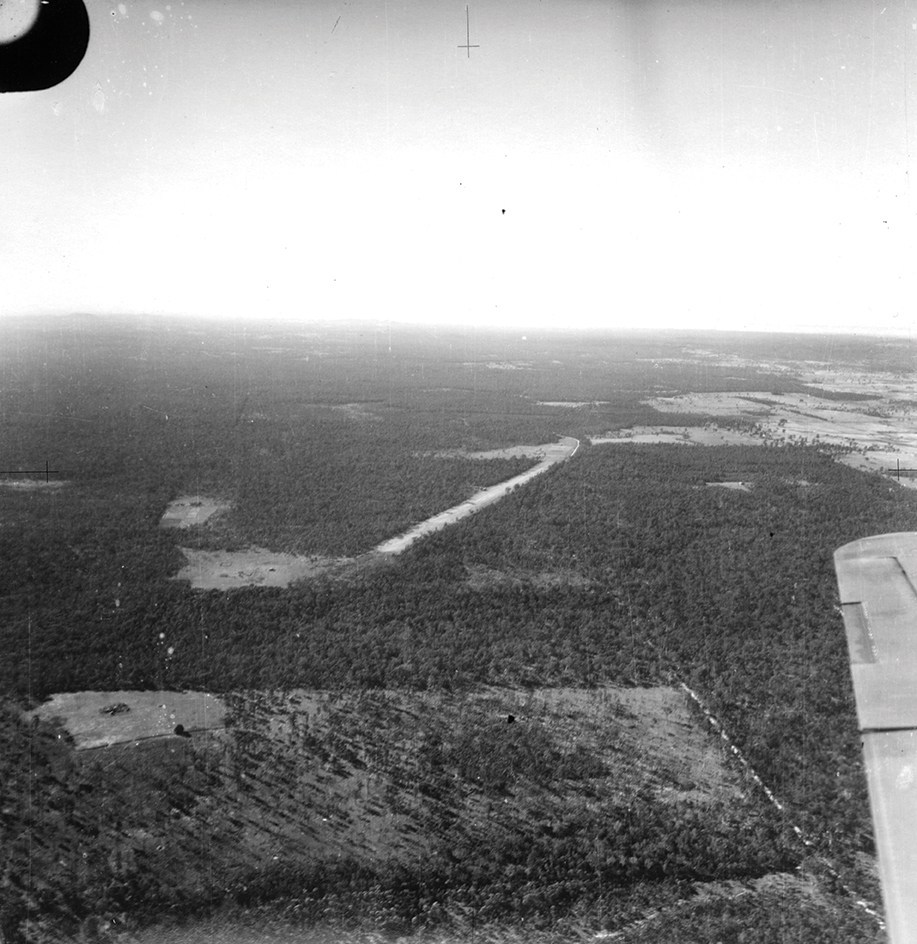 You’d never know it these days, but the east end of Park Ridge was home to one of five emergency RAAF airstrips in Logan during WWII.

When the US forces began arriving in Queensland at the end of 1941, new sites were sought for airfields to accommodate the US aircraft. The Park Ridge site known as A-12, was located at the eastern end of Park Ridge, running parallel with Chambers Flat Rd along the ridge between Bumstead Rd and Park Ridge Rd. The RAAF first identified the site as a possible airfield during September 1940 but nothing was done about it until Japan entered the war and the US became desperate for more airfields to train pilots and disperse their aircraft.

The site at Park Ridge was considered less than ideal due to the sloping terrain but construction was completed in 1942. By January 1943 the RAAF declared the A-12 useless and prepared to abandon it. However, it was decided to maintain the graded and grassed airstrip as a ‘dummy’ airfield to confuse the enemy.

Lifelong Park Ridge resident and neighbour to the airfield, George Breedon, recalls there being varied reports of the airstrip as he grew up. “Some said that the strip was never actually used but my father said that he’d seen a plane fly from there in the early 1940’s.”

Logan City council had commissioned a research project on the five Logan airstrips, the results of which have been displayed, until recently, in the museum at the Kingston Butter Factory. Hopefully the display will find a place in the new Logan Heritage Centre when it is completed.

What local stories have caught your interest since moving into the area?

The Inspiring People You Meet